The Intergenerational Sequelae of War Captivity: The Impact of a Self-Amplifying Cycle of PTSD and Attachment Insecurities on Offspring’s Attachment Orientations

Objective: This research aims to explore the intergenerational impact of a self-amplifying cycle of PTSD and attachment insecurities among ex-POWs on their offspring’s attachment orientations.

Results: Ex-POWs’ attachment anxiety was associated with offspring’s reports of higher attachment anxiety and avoidance, and this intergenerational transmission of attachment was mediated by ex-POWs’ PTSD severity. These effects were not significant in the control group.

Conclusions: Decades after the war end, the intergenerational sequelae of war captivity are evident by the impact of the self-amplifying cycle of PTSD and attachment insecurities among ex-POWs and their offspring’s attachment insecurities. Therefore, it is imperative for clinicians to recognize the intergenerational transmission and to focus not only on the trauma but also on the traumatized person’s attachment injuries and the shattering of core beliefs about the world, self, and others, in the context of attachment-based therapies. 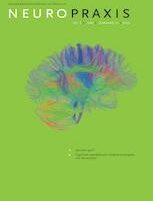 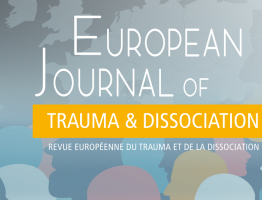 Lifespan integration (LI) is a recent psychotherapy, developed in 2002 by Peggy Pace. Its main focus is to treat trauma and dissociative disorders. Repetitions of the LI time line seem to promote the development of a feeling of integration in the patient, allowing the patient to build a more solid central self. This qualitative study aimed to explore, from the LI therapists’ points of view, the feeling of integration, which results from LI.

During the current COVID 19 pandemic, people in Europe are exposed to self-isolation, quarantine, job loss, risk of contracting COVID-19, or grief of loved ones. Such a complex array of stressors may lead to symptoms of adjustment disorder or posttraumatic stress disorder. This research protocol describes a study launched by the European Society of Traumatic Stress Studies (ESTSS) to investigate the impact of the COVID-19 pandemic on symptoms of adjustment disorder across eleven European countries.