Background: Moral Injury (MI) is one of the adverse consequences of combat. Following exposure to potentially morally injurious events (PMIEs)––events perceived as violations of deep moral beliefs by oneself or trusted individuals––a significant minority of veterans could develop posttraumatic stress disorder (PTSD) and depression.

Method: A volunteer sample of 191 Israeli combat veterans were recruited during 2017, and completed validated self-report questionnaires tapping PMIEs, PTSD, and depression in a cross-sectional design study. A regularized Gaussian graphical model was estimated.

Conclusions: The study’s findings offer an overview of the complex relationships between PMIEs and PTSD clusters among Israeli veterans. PMIEs––notably, betrayal-based experiences––are related to PTSD clusters directly and through depressive symptoms. Some possible mechanisms for the links between PMIEs and PTSD and the clinical implications related to specific interventions are discussed.

This brief report presents a review of prolonged exposure (PE) therapy and its feasibility as a trauma therapy for PTSD in LMICs. First, we present a brief overview of PE as a first-line treatment for PTSD. Second, using South Africa as a case example, we present a brief overview of traumatic stress in South Africa and how mental healthcare has developed since the abolishment of apartheid in 1994. Lastly, we discuss the challenges pertaining to the dissemination and implementation of PE in LMICs and propose future perspectives regarding the implementation of ESTs such as PE in LMICs.

Caregivers play a key role in the success of trauma-focused cognitive behavioural therapy (TF-CBT). Yet, the effect of their alliance on treatment outcomes besides the other parties in treatment has hardly been studied. This study examined the working alliance (WA) of therapists, patients and caregivers in TF-CBT and its contribution on treatment outcome over time. 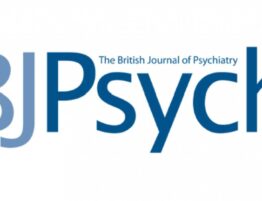 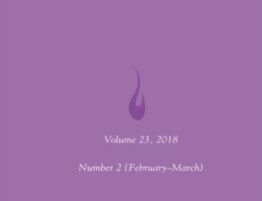 This study aimed to explore posttraumatic growth (PTG) in displaced Syrians in the UK, using a mixed-methods approach. Fifty-four Syrian adults in the UK who left Syria as result of the war were recruited online to complete the PTG-Inventory. Five participants with high PTG scores were interviewed via Skype to explore their experiences of PTG. Interviews were analyzed using Interpretive Phenomenological Analysis. Results showed that displaced Syrians in the UK experience high levels of PTG. Major themes were valuing others more, pursuing a new career path, discovering inner strength, appreciation of life and detachment from it, and strengthened belief.

Young people who flee their countries are already at greater risk of developing mental-health problems than is the general population. Migration itself is known to be a factor in developing such disorders — but many refugees also experience violent and life-threatening events before and during their flight. The latest study is the first to try to quantify how these events affect psychiatric problems — and it finds that the risk of developing mental-health problems, and their severity, rises significantly with each accumulated trauma a person has experienced.